Do you want to get the most out of your Disney day?  Try a VIP Tour!  My family took a vacation to Universal Orlando with our best friends…but being the Disney fans that our families are, it was just too hard for us not to visit Disney at least one day on our trip.  So, to maximize our time we decided a VIP tour was the way to go!  A Disney VIP tour holds up to 10 people and since both of our families have 5 people, we were able to use just one tour guide.  And boy, did we win the lottery with our tour guide Elton.  From the moment we met Elton at Hollywood Studios, I could tell he was going to be a great fit for our families.  He was full of fun, energy and a love of Disney!

We started our day at Hollywood Studios where we tackled Millenium Falcon, Slinky Dog Dash, Toy Story Midway Mania, Tower of Terror and Rock ‘n Roller Coaster…with of course a pit stop for Num Num cookies!  We were then whisked out a back entrance of Hollywood Studios into our private van and onto a back entrance at Animal Kingdom where we rode Kali River Rapids, Expedition Everest and Flight of Passage.  While we ate our lunch in Pandora, Elton repositioned the van to a different parking lot so that we were closer which got us on our way even faster to our next park…Magic Kingdom!  At Magic Kingdom, we took time for some great pictures and a water break.  Then onto Big Thunder Mountain Railroad, Splash Mountain, Pirates of the Caribbean, Peter Pan, Haunted Mansion, Space Mountain and 7 Dwarves Mine Train.  At this point we were at our 7 hour minimum tour time, but we were making such great progress and the kids were having so much fun that we decided to extend our tour and do our 4th park of the day…EPCOT!  We rode Test Track first.  Sadly, it was time for Elton to go, so he left us at  Soarin’.  When we got off Soarin’ we all commented how sad we were that Elton was not there waiting for us…we felt just like every other guest in the park after we had just spent the rest of the day feeling like royalty!

We were exhausted at the end of the day (and my 7 year old had 40,000 steps!) but what a day it was!  We loved every minute.  No long lines and impatient kids and it was so sweet seeing the them run up to Elton to walk and talk with him.  He engaged them and us as well…with little tidbits of information, stories from his 30+ years at Disney World.  Before we did our tour, I had told the folks at VIP that I wanted someone who would help us ‘move’ and get through our must-do list.  We are all Disney veterans so we had a list but VIP tours are also wonderful for first-timers. In fact, I can’t think of anyone who wouldn’t love a VIP tour!  It was great for our group with one little and a couple of kids who were a little more fearful…while the rest of us would hop on the ride, Elton would take those kiddos to wait for us to finish.  Our wait times were so short, they didn’t have time to go far.  Basically, every minute felt like it was a good use of time.

A VIP tour is an investment in your Disney vacation.  I often get asked if things are “worth” it or not.  And that answer can be subjective – what is worth it to one family may not be worth it to another.  But, now after my own personal experience and booking many VIP tours for clients, I can say that I have yet to have anyone tell me that it was a waste of money.  Maybe you don’t like waiting in line..or maybe you just have one Disney day.  Whatever the reason, a VIP tour is a great addition to your vacation! 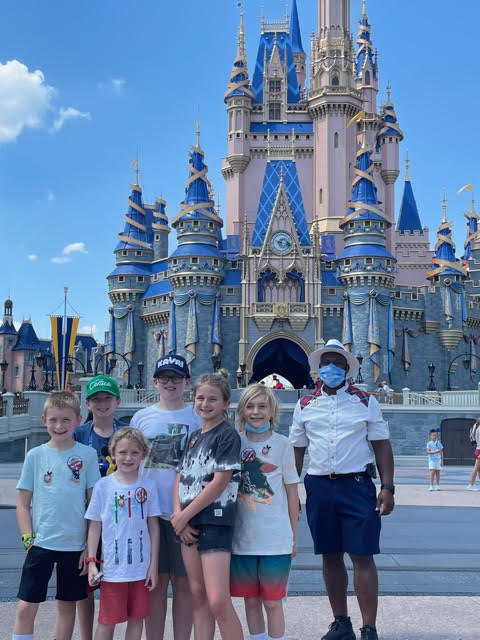