Epcot Festival of the Arts

Epcot is known for its continuous festivals throughout the year, and they are all fabulous! The first one of the year is the Epcot International Festival of the Arts! This colorful festival debuted in 2017 and has been going strong ever since. This year, the Festival of the Arts began January 14th and will end February 21st. This provides guests 39 days to get to Epcot and explore all of the exciting offerings to spark your imagination, ignite your taste buds and bring music to your ears. There is so much going on during this festival! My first recommendation is to pick up your complimentary Festival Passport at the Epcot entrance! This little booklet is a wealth of information of all there is to do and see. The attractions mentioned below are just a sample of the exciting activities happening during the Epcot International Festival of the Arts!

Artful food and beverage booths can be found throughout the World Showcase featuring delectable bites and sips from around the world. The foods featured are almost too beautiful to eat! There are 14 special booths found throughout the World Showcase. Some of the highlights include Vibrante & Vivido: Encanto Cocina located between France and Morocco. This booth specializes in authentic Colombian cuisine inspired by the Disney animated film, Encanto. Near the Port of Entry shop, The Deconstructed Dish featured a Deconstructed Key Lime Pie that was divine! Be sure to get your Festival Passport stamped when you order the five treats listed on the last pages. Once completed, you’ll earn a complimentary “Completer Culinary Treat!”

The Disney on Broadway Concert Series takes place daily in the American Gardens Theatre in the American Pavilion in the World Showcase. Disney Broadway stars perform each evening at 5:30pm, 6:45pm and 8:00pm each evening. (Schedule is subject to change) Performers such as Telly Leung from Aladdin on Broadway, Kissy Simmons from The Lion King and Kerry Butler from Beauty and the Beast are scheduled each day during the festival. There are also dining packages that can be purchased for an additional fee that will allow you to have dinner at one of the included restaurants, and you’ll be seated towards the front of the theatre just in time for the show!

Every day at 12:30pm and 1:30pm, the American Gardens Theatre becomes an art studio for guests during the Animation Academy! Animation artists teach guests how to draw a Disney character! You’ll receive a piece of paper, pencil and a clip board to borrow while you watch and listen to the animation artist provide instructions on a large screen on stage. You must be on time for this event, as they do not allow anyone to walk in once the class begins. At the end of the class, you’ll have a special souvenir you created!

On our most recent trip, my son and I had so much fun at the Artful Photo Ops! Throughout the park, there are photo booths where guests can actually step inside the art! You can be in famous paintings such as Café Terrace at Night and Sunflowers by Van Gogh, the Mona Lisa by Leonardo Da Vinci, Luncheon of the Boating Party by Pierre-Auguste Renoir, and Washington Crossing the Delaware by Emanuel Gottlieb Leutze. There are a total of nine artwork installations you can be a part of! Disney Photo Pass photographers are there to take your photo for some of the Artful Photo Ops and for others, you take them yourself. When you add the Memory Maker to your vacation package, the photos taken by the Disney Photo Pass photographers will arrive in your My Disney Experience account for instant downloads so you can share them via text, email or on social media!

I’ve had the privilege of attending the Epcot International Festival of the Arts three times and I still haven’t been able to complete all there is to do! There is nonstop artful action at this festival. I recommend going to Epcot at least two days during your trip to get the most out of this gorgeous festival! My son and I had so much fun on our most recent trip and we can’t wait to return to this festival each year! 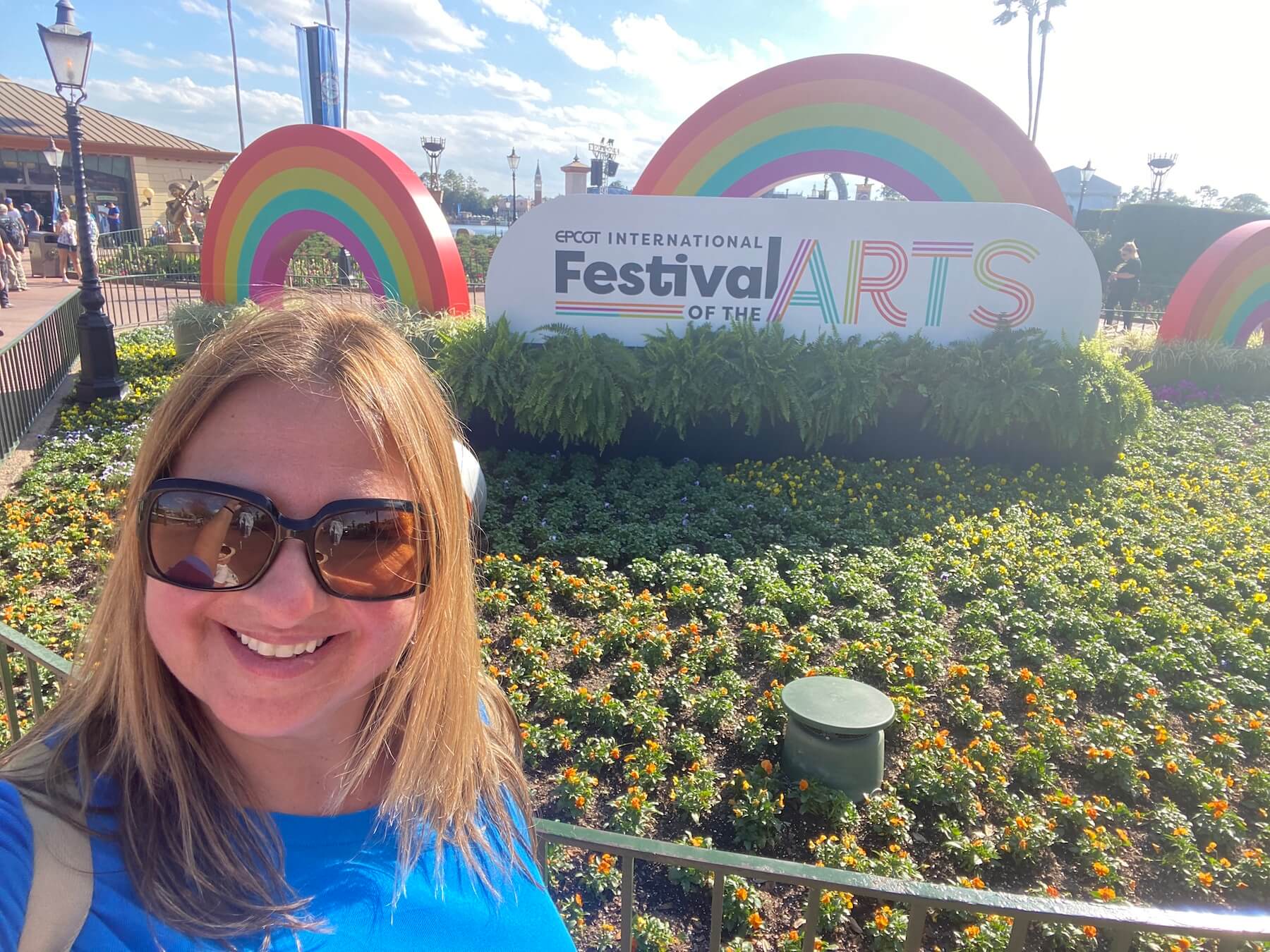