My Trip to Disneyland

During Easter weekend, my family and I met up with friends for a fun-filled stay at the Grand Californian Resort and Spa at Disneyland in Anaheim, California! This was our second time staying at the Grand Californian, and we enjoyed it just as much as we did during our first stay in October 2019. For those of you who are familiar with Wilderness Lodge Resort at Walt Disney World, I think the décor is similar. It definitely has a woodsy feel. The main lobby is really big with a beautiful fire place and plenty of seating. There is a piano and often live music. The ambiance and environment are perfect for anyone looking to relax and enjoy a memorable Disney vacation all at the same time.

We arrived early on a Friday afternoon. My son and I had brunch reservations at Storytellers Café, a character dining buffet experience with Mickey, Minnie, Pluto, Chip and Dale! My son is a huge fan of Mickey waffles, so he was thrilled with our first Disneyland dining experience. After brunch, we met our friends at the gorgeous pools. I really felt like I was on vacation once we arrived to our reserved cabana at the pool. The servers were very attentive and we were never left empty handed. The Southern California weather was perfect! The sun was shining bright, it was 75 degrees and there was no humidity. One of the pools has a water slide for big kids and a small one for little kids! There are three pools and two hot tubs. The GCH Craftsman Bar & Grill also serves food so you have everything you need for a relaxing day in the California sunshine.

That night we walked to Downtown Disney for dinner and shopping and met up with more friends who live in Southern California. Downtown Disney is about a five minute walk from the Grand Californian Resort. There is a direct path leading you there and it is so convenient! We ate dinner at Ballast Point and enjoyed the views from the outdoor terrace overlooking Downtown Disney. It was a beautiful evening!

Saturday started early at Disneyland! We had a character breakfast reservation at the Plaza Inn, which is the perfect way to start the day. We were joined by Minnie, Daisy, Winnie the Pooh and Tigger.  This was also a buffet experience with everything you could want for breakfast – Mickey waffles, eggs made to order, bacon, potatoes, cereal, yogurt, bagels, basically every breakfast food you can think of!

Our day continued with Photo Pass photos in front of Aurora’s castle and riding attractions! Disneyland also has Galaxy’s Edge, so it didn’t take long for us to make our way back there to ride Rise of the Resistance and Millennium Falcon, Smugglers Run! Other favorite attractions at Disneyland include Space Mountain, Small World and Buzz Lightyear Astro Blasters. We also got to see Mirabel from Encanto and get photos with her! There were small cavalcade parades throughout the day and characters popped up in different locations for photo ops throughout the day also!

At 1:00pm, we were able to park hop to California Adventure. It’s right across the street! It’s so convenient to park hop and experience both of these parks in one day. I recommend at least two full days at both parks, but three is ideal in order to accomplish riding everything you want to experience without feeling rushed.

Disneyland and California Adventure use the Genie + service and I wouldn’t go there without it! We were able to accomplish so much at both parks by going through the (fast pass) lanes! Not every ride is part of the Genie + system, but most are. There are also “Individual Lightning Lane” options for additional cost that can vary from $9-$20/person. We paid the extra in order to ride Rise of the Resistance at Disneyland and Radiator Springs at California Adventure. The cost is currently $20/person/day, and it also includes the Photo Pass so you can get all of the downloads of the photos the Disney Photo Pass photographers take of you!

At the end of the day, we watched the Disneyland fireworks and then retreated to The Verandah, which is the Club Level Lounge at the Grand Californian Resort. It was the perfect place to grab snacks, appetizers, alcoholic and non-alcoholic drinks throughout the day. Staying Club Level maximizes your experience and gives you a place of respite to unwind and relax before retiring to bed.

We had another fun day of riding attractions and eventually park hopping to Disneyland. During our time at California Adventure, my son participated in a special Alice in Wonderland Bakery cupcake decorating event!  Travel agents are constantly researching and reading up on the latest announcements. I knew about this event and made sure to have my son there in time to participate! The first 32 children to get in line were given a paper chef’s hat and given instructions on what to expect during the next 20 minutes. The adults sat in the audience on benches in front of the stage. At the beginning of the show, the host appeared on stage and the children were escorted to little tables between the benches and the stage. Each child was given a cupcake kit that included a cupcake, frosting tubes and sprinkles! Each child could decorate their cupcake however they liked. Minnie even made an appearance wearing an adorable chef outfit! This was such a cute experience and I’m so glad my son was able to participate!

Our day continued with more fun on the California Adventure attractions and then later park hopping over to Disneyland to finish our day experiencing new rides and other attractions we wanted to experience again. Disney characters pop up all over Disneyland and California Adventure, so we were sure to be on the lookout and ended our day with some fun and personal interactions with Donald, Mickey, Pluto and Goofy as we were exiting Disneyland!

We checked out of the Grand Californian on Monday morning, but had one last character dining to experience – The Princess Brunch at Napa Rose! Napa Rose is located right at the Grand Californian! This was absolutely incredible and the perfect way to end our trip. Not only was the brunch delicious, but we were able to take photos and chat with so many princesses! We took photos with Mulan, Belle, Aurora, Ariel and Cinderella! Sometimes Tiana, Pocahontas and Jasmine are also there! At the end of the brunch, the server presented my son with a Princess Brunch backpack, a Disneyland autograph book and pen! He also received a button and an autograph card. This dining experience was outstanding. There was a brunch buffet, but we were also served little appetizers and the most amazing desserts. It’s a truly special experience.

There are so many reasons to love Disneyland! It is unbelievably easy to navigate and you can get everywhere in a matter of 10-20 minutes if you stay at one of the three Disneyland Resorts. Some of the attractions are the same as Walt Disney World, but most of them have their own special Disneyland twist that make them extra fun and special. The dining opportunities are wonderful and the reservations are occasionally much easier to get than at Walt Disney World. I had no trouble booking all four of the character dining experiences. I highly recommend Disneyland for at least three nights and three days. If you’re looking to extend your vacation, San Diego is just a little over an hour away and the Disney Wonder sails from there from September to April before summering in Alaska. Reach out to your FTM travel agent to book you on an adventure to California! You will be so happy you did! 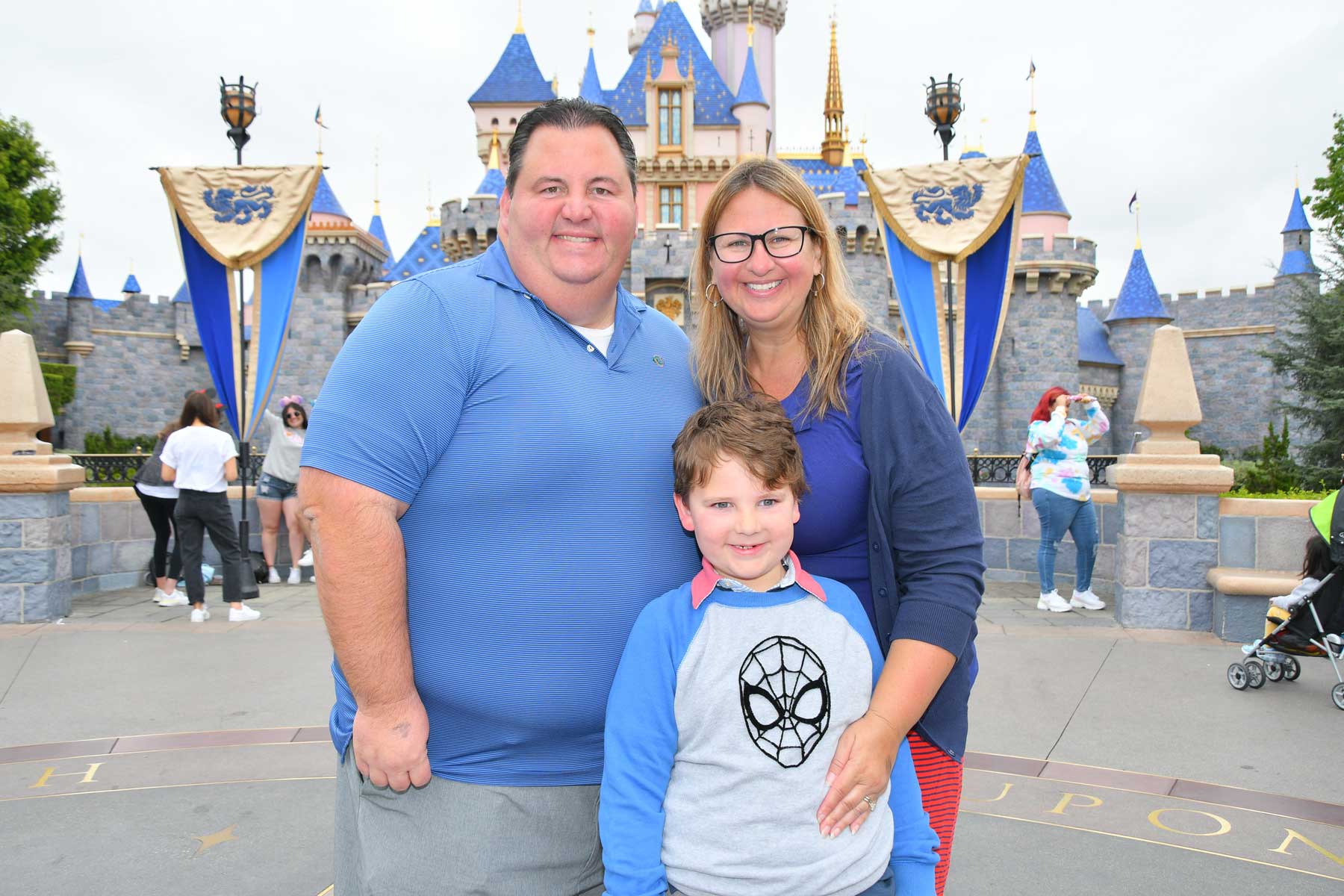