A year ago we knew there was something on the brink of changing the world, but did we really grasp how serious it was?  Did we really think Walt Disney World would close? I was there with my family the week of March 7–14, 2020 when reality started sinking in around the world….but it didn’t really sink in for a lot of Americans quite yet. We were all just going about our fun and gallivanting around the Disney parks as usual, having an absolute blast. On Thursday, March 12, my son, Edington, and I were enjoying a fun-filled Star Wars: A Galactic Spectacular Fireworks Dessert Party at Hollywood Studios when….Every news outlet in the world announced Disney World would be closing the evening of March 15. I tried to enjoy the rest of our evening at Hollywood Studios, and then as soon as we returned to our resort (Bay Lake at the Contemporary Resort), I got right to work talking with my clients who were scheduled to arrive the next day, the next week and the next few months. I took care of all of them, and they would be ready to book again when the time was right.

After I took care of all of my clients, and not knowing what the future would hold, I started reflecting on 2019 and the first couple enjoyable months of 2020. My first feeling was gratitude. For my family, 2019 was one of our absolute best travel years. In March of 2019, we spent spring break at Walt Disney World Resort (this is typical for us). It was an extra fun trip because one of my fellow FTM Travel Agent friends, Erin, and her son, were there for a couple of nights as well. We made a dinner reservation at Storybook Dining (formerly Artist Point, located at Wilderness Lodge). We had a delicious dinner, met Snow White, Dopey, Grumpy and the Evil Queen. Then we decided to head over to Hollywood Studios to experience Toy Story Land at night and watch the Star Wars fireworks. This was so much fun for us and our sons! Another day I spent catching up with one of my former graduate school professors who was attending a conference at Disney’s Coronado Springs Resort. Later that week, my family and I met up with some of our favorite friends from Athens, Ohio (where we live), who were also at Walt Disney World that same super fun week!  It was great to share this time with our close friends in our Happy Place.

In May of 2019, we visited my mother-in-law, who was staying in Port Orange, Florida right on the beach for a few weeks. Of course we couldn’t be that close to Walt Disney World, and not travel over for a night to go to the parks! One of my college roommates and her daughter were also there for a cheerleading competition, so we met up with them and had dinner at one of my favorite character dining restaurants, 1900 Park Fare in the Grand Floridian! We loved spending time with them, and also Cinderella, Prince Charming, Lady Tremaine, Drizella and Anastasia!

Two months later in July, it was time for a Disney Cruise with my dad, step-mom, my husband and Edington! It was my dad and step-mom’s idea to take this cruise to celebrate my step-mom’s 60th birthday. We embarked on a seven night Eastern Caribbean Cruise to St. Maarten, St. Thomas and Disney’s private island, Castaway Cay! This was my third time sailing on the seven night Eastern Caribbean Cruise aboard the Disney Fantasy, and I would gladly sail this cruise three more times!  It’s a beautiful itinerary, there are three days at sea to relax and take advantage of all of the onboard activities, and visiting Castaway Cay on the last full day is the perfect way to end the perfect week aboard Disney Cruise Line. This was my dad and step-mom’s first time cruising, and they are ready to sail with Disney Cruise Line again! To make the transition back to reality slightly easier, we spent a night at Walt Disney World before flying home.

Two weeks later in August, it was my husband’s 40th birthday. We celebrated at home with a big party, and then the next day, we flew to Paris! Upon arriving in Paris, we boarded a train to Basel, Switzerland to embark on an Adventures by Disney Rhine River Cruise! What another amazing week this was. We sailed to the “fairy-tale” cities in Europe – Strasburg, France, Mannheim, Germany, Heidelberg, Germany, Rudesheim, Germany, Cologne, Germany and ended our wonderful, culturally immersive river cruise in Amsterdam, The Netherlands. I had been to France, Germany and The Netherlands before, but never from the view of a river cruise ship. What a fabulous experience! Our Adventures by Disney had come to an end, but we weren’t finished with our European Adventure quite yet! We boarded a train from Amsterdam to Paris, spent two wonderful days exploring the city, then boarded another train in the evening through the Chunnel to London! We spent the next day squeezing in just about everything you can think of to do in London, and then flew home the next day. Whew! AMAZING!

Two months later in October of 2019, we traveled to San Diego, California for our friend’s wedding. Naturally, I couldn’t be in southern California, and not go to Disneyland and California Adventure!  We stayed Club Level two nights at Disney’s Grand Californian Hotel and Spa and loved every minute of it! The parks, the resort, and the weather were perfect!

That brings me back full circle to March 2020 when we returned to Walt Disney World, celebrating another fun spring break. Before knowing the world would soon be experiencing a pandemic, I booked the Pirates and Pals Fireworks Dessert Voyage Party at The Contemporary, we took the time to experience new rides, new Disney restaurants and as I mentioned, we attended the Star Wars: A Galactic Spectacular Fireworks Dessert Party at Hollywood Studios. I decided to make this trip extra special, and now I am so thankful I did.

This brings me to the point of this article: TAKE THE TRIP. If you’ve been wanting to travel somewhere you’ve never been, or if you want to make an annual trip extra special, my advice to you is to do it. Do it right. Make it memorable. Take advantage of every travel opportunity that comes your way. Have all the fun there is to have, because we never know what our future holds. I will forever be thankful for all of my travels, but my family’s 2019 and early 2020 experiences will always hold an extra special place in my grateful heart. When you’re ready, and the world’s ready, seize the opportunity and #TaketheTrip. 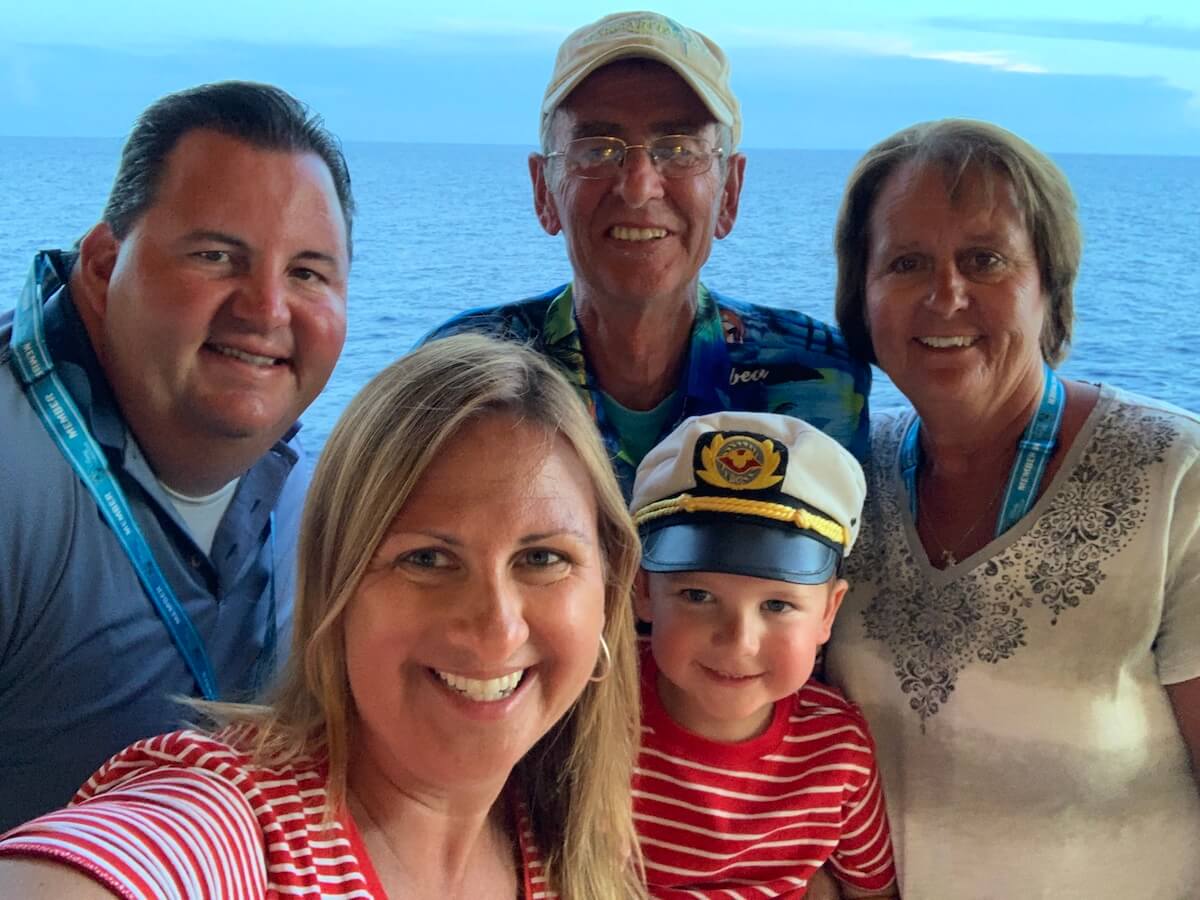