What Makes Disneyland So Special?

What Makes Disneyland so special?

Is it the fact that it was created to be a magical place for families to spend time together?

For imagineers to push the limits of imagination and creativity?

Walt Disney said, “Disneyland is the star, everything else is in the supporting role.” He went beyond what others believed could be done, believing that his dream could be made and that it could touch people and create happiness.

It is the original theme park, the first of its kind.

Disneyland is nostalgic, detailed and quaint; a feeling of old and new. You can even book a tour of Walt’s apartment on Main Street. It was a place where he could oversee the work as Disneyland was being built while still being with his family. It is a step back in time!

Disneyland Park is the original and opened for guests July 17, 1955, with Disney California Adventure Park as an addition in 2001. Both parks as well as The Downtown Disney area are all easily accessible and walkable to each other. Three Disney resorts , as well as multiple neighboring resorts surround the area in Anaheim California.

What will you see while you are at Disneyland?

Characters can usually be seen just strolling throughout the parks, taking photos and entertaining the guests. Anna & Elsa performing a Broadway quality Frozen show in the Hyperion at California Adventure will leave you singing “Let it Go” over and over in your head! You may also catch a glimpse of a wedding carriage with coachmen, waiting quietly for a beautiful bride at The Grand Californian Resort. Fireworks, and thrill rides! It’s a magical place with unlimited experiences and unforgettable memories. It’s the perfect place to dream, just like Walt did! 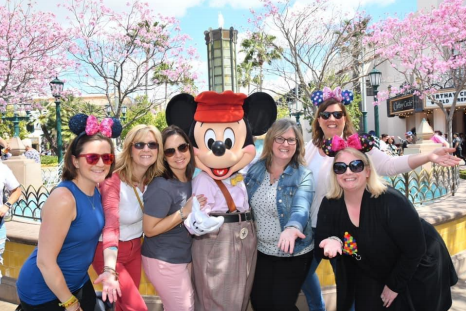