Back in December, I had the opportunity to learn about a new destination, Curacao. To say I was blown away with what Curacao had to offer the beach loving traveler and adventurer would be a vast understatement.

I stayed on the East side of the island where the majority of the resorts are. This side of the island was close to the city of Williamsted and the cruise ports and while this was very convenient and beautiful, I had no idea that this island offered so much more.

We took a transfer and first made a quick stop at the Curacao distillery and tasted the seemingly limitless flavors of Curacao liquor which we learned was made from Oranges! I had no idea there were so many options!

After this lesson in one of their sources of income, we ventured to the West side of the island and arrived at Turtle Beach. This was a small beach with a small pier where Green Sea Turtles flock to for food that is thrown off the pier by fisherman. I spent the next 45 minutes of our day snorkeling with beautiful fish and several green sea turtles… a true highlight.

The next part of our journey around the island of Curacao was one I was not prepared for. We arrived at a larger more popular beach called Kenepa Gramei Beach. As I walked down the stairs to the beach area, I had to stop to catch my breath. Not because of the stairs LOL, but because of the sheer beauty that looked like it jumped right out of a movie. Kenepa Gramei Beach was a mostly untouched stretch of beach that locals come to. These photos are unedited, unfiltered and show the true color and beauty of this beach! If you are up for a little adventure, there was also a small cliff where you could cliff jump into the water!

By this time we had worked up an appetite and were taken to a local restaurant for some local cuisine. It was a cute little place right on a cliff where…you guessed it, people from all over come to cliff jump. Now this cliff jump was MUCH higher than the one on Kenepa Gramei Beach. As we sat at our table, we could watch people brave the jump into the water below.

After lunch we ventured to “Pig Beach” where wild pigs roam around. It was mid day and unfortunately we did not see any pigs this time so we left and went to see Flamingo Beach where we saw dozens of Flamingos.

Curacao was full of beauty and history and it left me wanting more. Natural wildlife, adventures and stunning beaches pepper this island and most you may never know about without exploring and asking locals (and now your travel agent)  where to visit. The locals have a word they use…”Dushi” which means sweet. I cannot think of a better word to describe the island, the culture and the people of this gorgeous destination. I highly recommend you add Curaçao to your bucket list. 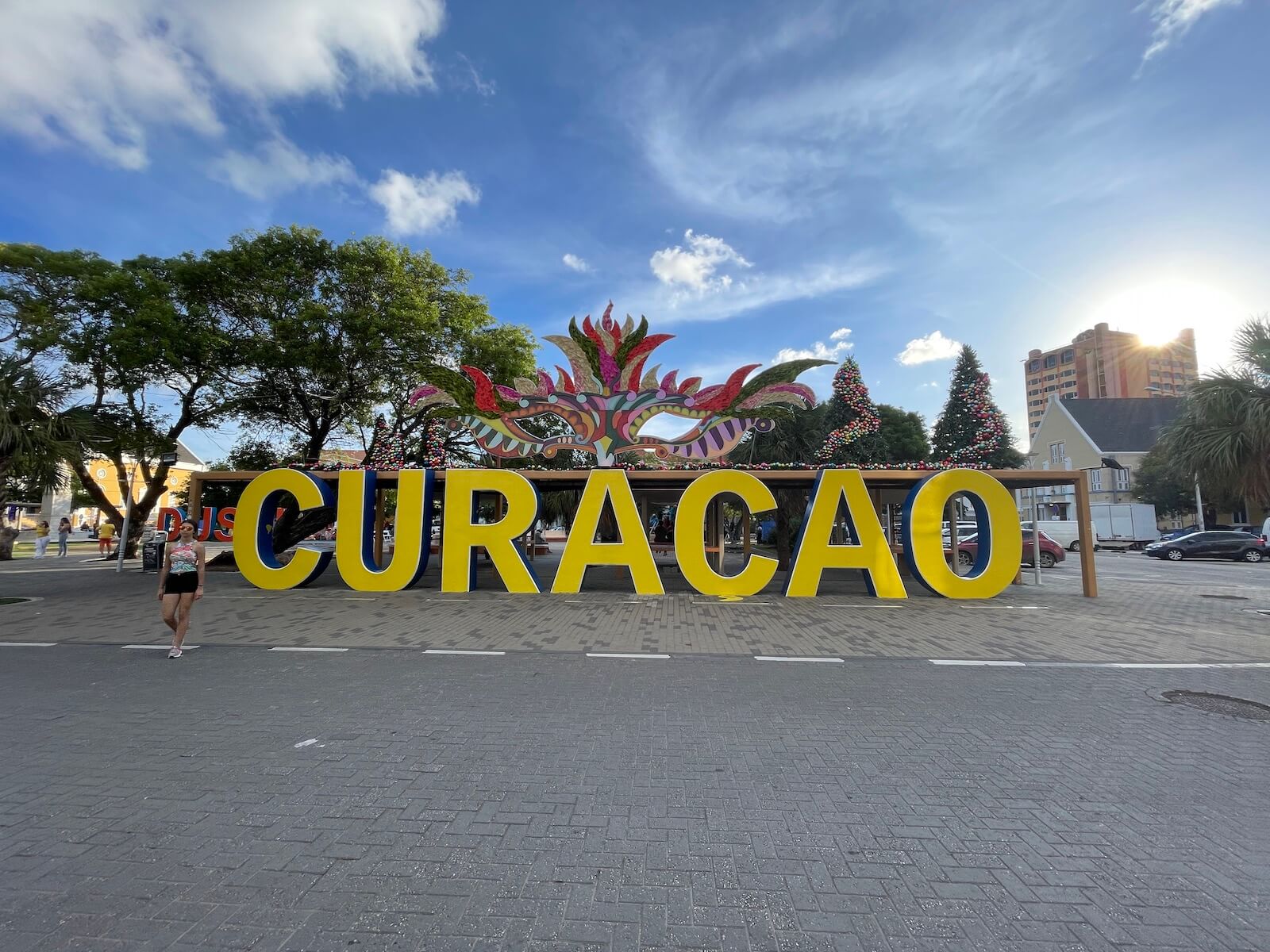