Why I Will Only Go to Universal Orlando with an Express Pass!

If you are like (former) me, you probably think that paying $130+ for a 1 day theme park ticket is more than enough and shudder at the idea of spending $100+ more! Well, I have seen the Universal Orlando light and let me tell you, the Universal Express Pass is worth every penny! Here’s how my day with the Express Pass went!

I was parked, through security, through CityWalk (and, ahem, Voodoo Doughnuts!) and into Universal Studios by around 10am on the first Sunday of November, not a holiday weekend, but a weekend nonetheless. To add some context, I had just participated in a race weekend at the other theme parks down I-4 and only had until about 2pm to get as much done at Universal Orlando as possible before heading to the airport!

Here’s what I got done in those 4 short hours thanks to the Express Pass!

Now, you may be thinking “that’s only 7 rides!,” and you are correct, but that is 7 rides in 4 hours! Imagine what I could’ve done if I had more time (looking at you Hagrid’s which is not part of Express Pass at this time, but was a virtual queue and called for me right as I was getting into my rental car! I’m still bummed about that if you can’t tell)!

The standby wait times for the 2 Harry Potter rides and The Hogwarts Express totaled over 3 hours alone! Having the Express Pass at Universal is worth the cost, 99.9999% of the time and I cannot imagine doing those parks without it, nor sending my clients there without it ever again!

There are two ways to get the Express Pass!

First: You can buy one in advance with your ticket or on its own at the gate, but beware that they can sell out and the pricing is dynamic meaning that Universal can raise or lower the price depending on demand and park capacity.

SECOND: The other (better!) way to get not only the Express Pass, but the Express Pass UNLIMITED is by staying at one of Universal’s Premier resorts which are the Hard Rock, Loews Portofino Bay and Loews Royal Pacific. Guests staying at these resorts can skip the standby lines over and over and over again for their length of stay and it’s included in your resort stay! You can also buy the Unlimited version outright, but I’d rather get it for free!

Have I sold you on the Express Pass yet or are you just a fan of waiting in lines?

Either way, I can help build your dream vacation today and when you book with FTM Travel, you will be eligible for Early Park Admission as well! 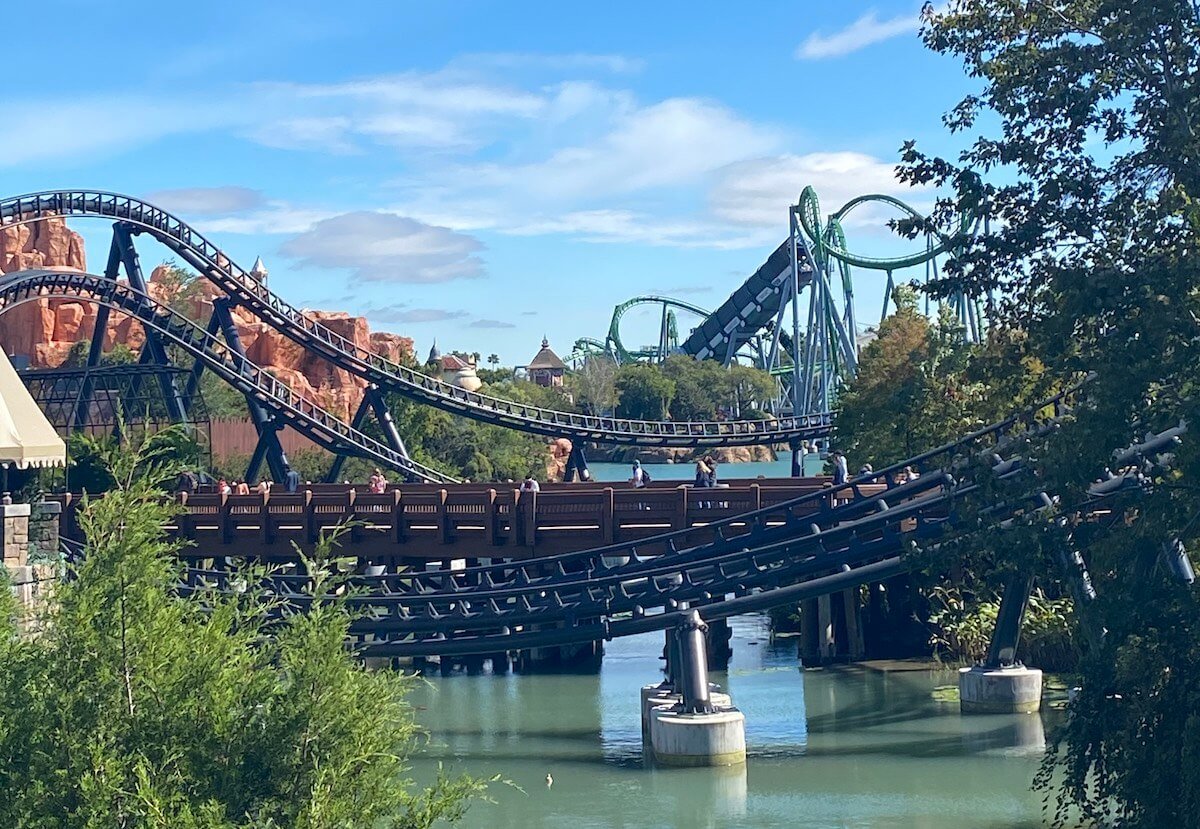